[Global Science and Technology Comprehensive Report] According to the "Economic Times" of India reported on February 15, US search engine giant Google has begun exploratory talks with Indian startups and venture investors, which may lead to its first acquisition of Indian companies. Three people familiar with the matter said that Google, the worldâ€™s largest Internet company, is trying to invest directly or acquire companies in India to provide services for one billion Internet users in the country. 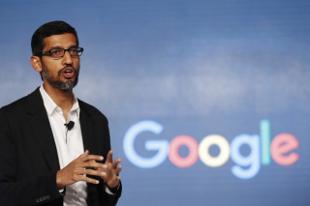 One of them said, â€œThe two main areas they are concerned with are the acquisition of talent for the next billion users in the product and high-tech fields,â€ and said that the timing of the transaction has not yet arrived. Another investor said that Google is unlikely to invest in consumer Internet companies, such as online retail business.

Google recently hired Seema Rao, a vice president of Avendus Capital Investment Bank in India, to lead business development, M&A and strategic investment operations in India and Southeast Asia. Google dominates the US digital advertising market, but its growth in the next phase will depend on India's speed in improving its network infrastructure and expanding the number of Internet users.

The above-mentioned sources also stated that Google is focusing on expanding its next billion Internet users, usually seen in small cities and towns in India, with strategic investment or acquisition technology in areas such as financial services, healthcare, education, or mobile utilities. Type company. They say that as far as potential talent acquisitions are concerned, it means buying a company for its employees. Google expects to focus on companies that are engaged in cloud computing and network security.

At present, a spokesman for the Google India branch declined to comment on the companyâ€™s investment plan in India. (Internship Compilation: Duan Yanqiang reviewer: Tian Ruizhe)