Vector control system, abbreviated as VC system, coordinate transformation is the core idea. The basic idea of â€‹â€‹vector control is to generate the same rotating magnetomotive force as the criterion. The stator AC current of the asynchronous motor on the static three-phase coordinate system is equivalent to the AC current on the two-phase static coordinate system. It is equivalent to the DC current on the synchronous rotating coordinate system. In the equivalent process, the decoupling control of magnetic flux and torque is achieved to achieve the control effect of the DC motor and the control amount of the DC motor. The three-phase asynchronous motor can be equivalently controlled by a DC motor to obtain dynamic and static performance close to the DC speed regulation system. 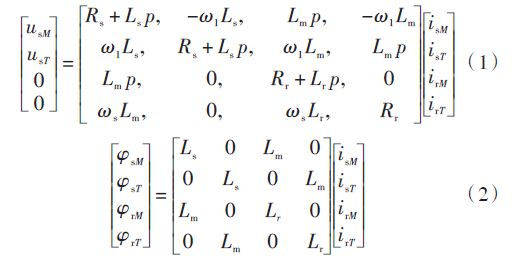 The torque equation can be simplified as:

According to equation (2), the rotor flux Ï†r is only generated by the stator current excitation component isM, and has nothing to do with the torque component isT, and isM and isT are perpendicular to each other, and the two are decoupled. The structure of the vector control variable frequency speed regulation system is shown in Figure 1. It can be seen from Figure 1 that the system uses closed-loop control of speed and flux linkage. The amount marked with * in the figure is a given amount, and the rest are actual measured values.

According to the principle of vector control system, the electrical system toolbox SimPowerSystems in Matlab / Simlink software is used to simulate the system.

The simulation model of the overall system is shown in Figure 2. 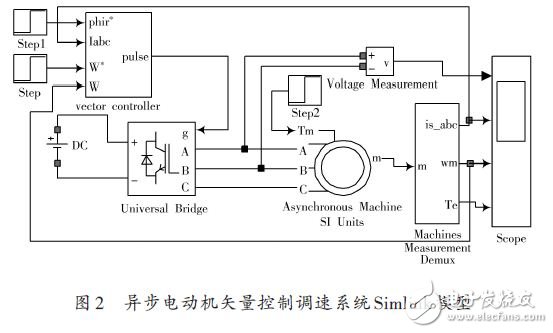