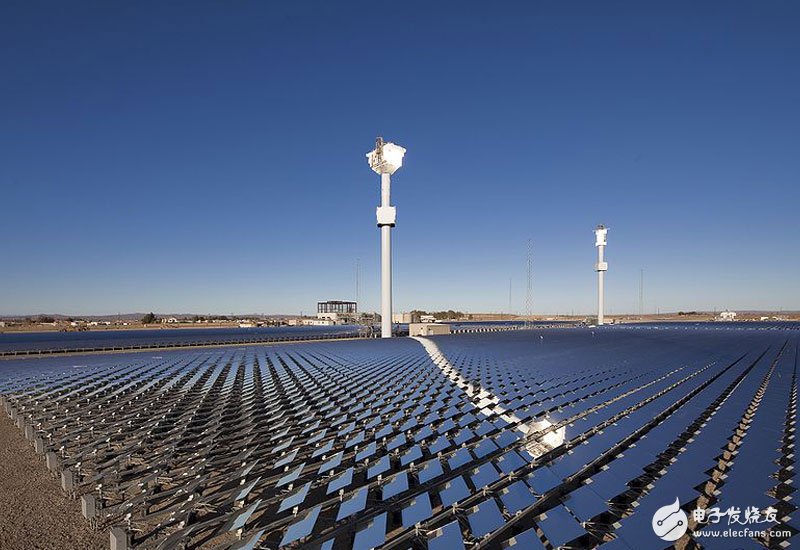 Since distributed energy can use the waste heat of power generation for heating and cooling, the energy can be used in a reasonable cascade, which can improve the efficiency of energy use (up to 70% .90%). Due to the integration of distributed power sources, the construction of large power plants and high-voltage transmission grids has been reduced or delayed, and the construction of grids has been slowed down to save investment. At the same time, the power flow of the transmission and distribution network is reduced, and the network loss is reduced accordingly.

Because it uses natural gas as fuel or uses hydrogen, solar energy, and wind energy as energy sources, it can reduce the total amount of harmful substances and reduce the pressure on environmental protection. Not only reduces the electromagnetic pollution of high-voltage transmission lines, but also reduces the land acquisition area and line corridors of high-voltage transmission lines, and reduces the felling of trees under the line, which is beneficial to environmental protection.

(3) Diversity of energy use

Distributed power generation can use a variety of energy sources, such as clean energy (natural gas), new energy (hydrogen) and renewable energy (wind and solar energy), and at the same time provide users with a variety of energy applications such as cold, heat, electricity, etc. It is a good way to solve the energy crisis, improve energy efficiency and energy security.

Summer and winter are often the peak periods of load. At this time, the use of natural gas as the fuel gas turbine and other cold, heat and electricity triple supply systems can not only solve the winter and summer cooling and winter heating needs, but also provide a part Electricity can thus play a role in cutting peaks and filling valleys. In addition, it also partially solved the problem of excessive peak-valley difference in natural gas supply, and played a complementary role between natural gas and electricity.

From a global perspective, countries with higher energy utilization rates and better environmental protection are more enthusiastic about the development and application of distributed energy technologies, and the clearer the support policy. For example, Denmark, the Netherlands, and Japan have adopted a series of incentive policies for distributed power; after the "911 incident", developed countries have accelerated the pace of distributed power construction for the sake of power supply safety. Up to now, the United Kingdom has There are more than 1,000 distributed power stations; there are more than 6,000 distributed power stations in the United States, and more than 200 distributed power stations on university campuses alone. Among many countries, Denmark is recognized as a model for the organic integration of economic development, resource consumption and environmental protection in the world. It is a country that has achieved sustainable development. In the past 20 years, Denmark â€™s gross national product has doubled but energy consumption has not increased, and environmental pollution has not increased. The secret lies in Denmark â€™s active development of combined heat, cold, and electricity, the promotion of scientific energy use, and the support of distributed energy. Support the development of the national economy by improving energy efficiency. At present, there is no thermal power plant in Denmark that does not provide heat, and no heating boiler room does not generate electricity. It turns the generation of cold, heat and electricity products into high-tech combined generation of cold, heat and electricity, making scientific and technological progress true. Productivity.

2. Development status and expectations of distributed power generation at home and abroad

In our country, adequately ensuring power supply will play a decisive role in the sustainable development of the economy. On the basis of the established central power station and power grid, vigorously developing distributed power supply technology will be an inevitable trend for the future development of China's power system. At present, China's research on distributed energy systems has started in China. Some scientific research institutions and universities have invested manpower and financial resources to conduct research on distributed energy systems. Shanghai University of Science and Technology built a C60 micro gas turbine produced by Capstone as the core, combined with supplementary combustion waste heat boiler, supplementary combustion absorption chiller, cold storage, heat storage system, etc., to build a demonstration "energy island" for the research of distributed energy systems . With a 100kW micro gas turbine as the core, Xi'an Jiaotong University has established a distributed energy system with the hotel as the application object. The Institute of Engineering Thermophysics of the Chinese Academy of Sciences has also conducted many studies on advanced system methods and related evaluations of distributed energy systems. The Laboratory of Energy Cleanliness and Key Utilization of North China Electric Power University has established an experimental platform of dual-source reversible heating (air conditioning) system.

In recent years, China has attached great importance to the development and utilization of renewable energy, and has accelerated the development of renewable energy such as wind energy, solar energy, and biomass energy as an important strategy for energy development during the "11th Five-Year Plan" period. The effective form of utilization of renewable energy is to vigorously develop distributed power sources in distributed energy systems. In the "Energy Conservation Law of the People's Republic of China", "Regulations on the Development of Combined Heat and Power", and the "Eleventh Five-Year Plan" for Energy Development, it is clearly stated that: vigorously promote combined heat and power, central heating; increase heat and power The utilization rate of the unit; develop the cascade utilization technology of heat energy, the combined heat, electricity and cold generation technology and the triple supply technology of heat, electricity and gas to improve the comprehensive utilization rate of heat energy.

At present, China's natural gas-based distributed energy system construction has gradually entered the stage of substantial development and implementation. In China's cities and towns, distributed power generation technology as an important supplement to the centralized power supply technology will become an important development direction. The first technology of combined heat, power and cooling is the first, because for residential, commercial buildings, hospitals, public buildings and factories in most parts of China, there are power supply and heating or cooling needs, and many are equipped with backup power generation equipment. A broad market for multi-target distributed energy supply systems for combined heat, power and cooling. In residential communities, shopping mall buildings, and university towns in major cities such as Beijing, Shanghai, and Guangzhou, a number of demonstration projects of combined heat, power, and cold generation have been put into operation. For example: Shanghai Pudong International Airport Energy Center 4000 kW gas turbine cogeneration project; Shanghai Huangpu District Central Hospital 1000 kW gas turbine cogeneration project; Beijing Zhongguancun Software Park Cogeneration Project. For the vast economically underdeveloped rural areas (agricultural and pastoral areas and remote mountain areas), the formation of a certain scale and strong centralized power supply and distribution network requires huge investment and a long time period. Energy supply seriously restricts these Regional economic development. Distributed power generation technology can just make up for these limitations of centralized power generation. For example, in the vast rural areas of northwestern China, the wind resources are very rich. For example, Inner Mongolia has formed an annual power generation of 100 million kWh. In addition to its own use, it can also be sent to Beijing. This non-polluting green energy can reduce the local environment. Pollution.

3. Classification of distributed power generation and selection of energy forms

â‘ Reciprocating engine technology: The reciprocating engine used for distributed power generation uses a four-stroke ignition or compression ignition type and uses gasoline or diesel as the fuel. It is currently the most widely used distributed power generation method. However, this method will have an impact on the environment. Recently, through the improvement of its technology, it has greatly reduced noise and exhaust emissions.

â‘¡ Micro gas turbine technology: Micro gas turbine refers to the ultra-small gas turbine with power of less than several hundred kilowatts and using natural gas, methane, gasoline and diesel as fuel. However, compared with other existing power generation technologies, micro gas turbines have lower efficiency. The efficiency of full-load operation is only 30%, and at half-load, its efficiency is only 10% -15%, so the current method of cogeneration of domestic heat and power is used to utilize the waste heat of the equipment to improve its efficiency (up to 75% Or even higher). The characteristics of micro gas turbines are small size, light weight, high power generation efficiency when combined heat and power, low pollution, and simple operation and maintenance. It is currently one of the most mature and commercially competitive distributed power sources. Its technical key is mainly high-speed bearings, high-temperature materials, parts processing, etc.

â‘¢ Fuel cell technology: a fuel cell is an electrochemical device that directly converts chemical energy into direct current energy at an isothermal state. When the fuel cell is working, it does not need to burn, and at the same time does not pollute the environment, its electrical energy is obtained through an electrochemical process. A hydrogen-rich fuel is passed on the anode, air is passed on the cathode, and the two substances are separated by the electrolyte. In the process of obtaining electrical energy, some by-products are only heat, water and carbon dioxide. Hydrogen fuel can be produced from various sources of hydrocarbons, under pressure, through steam reforming processes or from oxidation reactions.

â‘  Mainly power generation, using large-capacity units, only a small part of the waste heat is used, and the power enters the high-voltage transmission grid for distribution.

â‘¡ Set electricity with heat, and on the premise of satisfying a certain heat load demand, build a small heating unit as much as possible. The electricity is digested by the user itself or in the local distribution network area.

â‘¡Wind power generation technology: The power generation technology that converts wind energy into electrical energy has become more and more popular because of its environmentally friendly, renewable, globally feasible, low cost, and significant scale benefits. It has become one of the fastest growing new energy sources. It can be divided into two types: independent and grid-connected operation. The former is a micro or small wind turbine with a capacity of 100W to 10kW, and the latter usually has a capacity of more than 150kW. There are usually multiple wind turbines with larger capacity to form a wind turbine group It is called a wind farm (also called wind farm or wind farm), which has the characteristics of large-scale generating units, centralized installation and control. In recent years, the technology of wind power generation has made rapid progress, and the technology with a unit capacity of less than 2MW has been very mature.

4. The combination of distributed generation and traditional power grid

The acrylic LED illuminated sign is an increasingly popular tool for promoting goods and services in point-of-purchase environments. When shopping online, there is a huge selection of signage equipment to browse, which can often be confusing for advertisers. So why is the LED lighted sign increasing in popularity? The reasons are numerous. First, LED Illuminated Signage are unique, especially the units for sale in these categories. Secondly, illuminated custom sign board provide increased exposure for advertisements.