Under the growing environment of modern consumer electronics shipments and energy-saving and environmentally-friendly lighting application market, LED is expected to enter the new development stage in 2014 after three years of market winter. Industry analysts made six major predictions for the 2014 LED market.

LED overcapacity is the last two years. As a branch of the semiconductor industry, LED was not a big industry before, and it is mainly used in small-sized mobile phone backlights. In 2009, it was a watershed. Samsung pushed LEDs into the TV backlight field. Each TV consumes hundreds of LEDs. The sales of hundreds of millions of LCD TVs a year have caused the LED market to break out. The number of MOCVD is growing rapidly. In 2011, half of the world's MOCVD equipment was sold to China. But the market is not expected to grow so fast. There are many domestic LED companies, most of which are concentrated in the packaging field downstream of the industry. The number of LED packaging companies with mass production scale exceeds 1,700, accounting for 80% of the world.

In 2013, the LED TV backlight penetration rate will reach 90%. Next year, lighting equipment will replace the backlight, which will become the main application kinetic energy for the LED industry. As the mainstream technology of the new generation solid-state lighting, LED has now been the main liquid crystal panel backlight market in the past. Expanded to the general lighting market. Driven by the trend of environmental protection and energy conservation, governments around the world have actively promoted the replacement of traditional incandescent bulbs with LED lighting. The LED lighting market is expected to have explosive growth, which will lead to huge business opportunities in equipment and materials.

From the current point of view, after three years of cold winter, the LED industry seems to be about to bloom in the spring. Foreign UBS Securities pointed out that in 2014, global LED lighting demand will increase by 60%, among which home lighting will grow the most, and will increase by 90% next year. It is estimated that LED chip demand will grow by 25% next year.

Industry analysts further predict that the following six major changes will occur in LED applications in 2014: 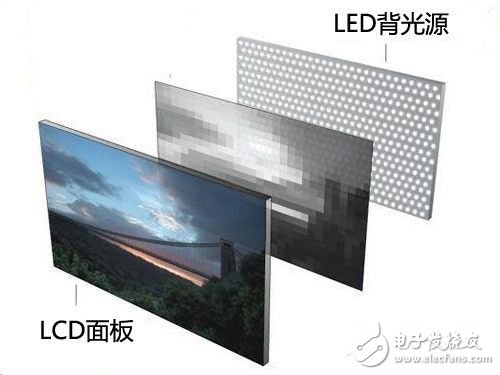 According to statistics, the penetration rate of LEDs for TV backlights will reach 95% in 2013. Affected by the saturation of penetration rate and the slowdown in the growth of terminal TV sales, LED TV backlight production will face decline for the first time in 2014.

2. Tablet PC is still the main growth kinetic energy of the backlight market

In 2013, tablet PCs were affected by the traditional off-season, and the channel inventory level was high. The shipments in the third quarter were not as expected. The annual shipments were revised down to 196 million units. The annual shipment growth was estimated at 33.6 from the beginning of the year. % dropped to 31.1%, showing that flat-panel shipments have cooled slightly. Although tablet PCs are slowing down in the future, they still have much room for growth compared to other IT products. The agency estimates that the annual compound growth rate of LEDs in flat panel computer backlight applications in 2013~2017 is 8%.

In 2013, FlashLED was only affected by the falling price, and the overall output value was only increased by 3%. In order to increase the added value of mobile phone cameras, Apple has introduced "Truetoneflash." technology on the iPhone 5S. That is to use the dual FlashLED as a fill light application. In the original white light flash LED architecture, a warm color LED is added to compensate for the color temperature difference. The design of the two flash LEDs is expected to push up the total demand of FlashLED. The number will grow by 27.3% to 1.44 billion, reaching 1.7 billion in 2014. At present, it is impossible to know whether other mobile phone manufacturers will follow up, but there is still a lot of imagination in the future FLASHLED market.

In addition to the original signal and advertising display, LED manufacturers have begun to introduce small-pitch LED displays. At present, the small-pitch LED display panel introduced by LED manufacturers has a pixel pitch of at least 1.2~1.6mm, which has the advantages of good color saturation and high resolution. Especially in the 110-inch display market, the cost is much lower than the LCD screen of the same size. In the long run, it is possible to replace some TV backlight application models into commercial and mass consumption.

5. The rise of demand for commercial, engineering and outdoor lighting markets

If we look at the LED lighting market and LED packaging is used in the lighting market, the output value will increase significantly in 2014, with the most significant growth in engineering, commercial and outdoor markets. Coupled with the rise of LED bulb, lamp and commercial lighting market demand, the market demand for medium power LED (MidPowerLED) has increased significantly, especially the package types such as 5630 and 3030 are already the mainstream of the market. We estimate that the power LED output value will exceed the high power LED (High Power LED) in 2013 and 2014.

Due to fierce competition in the lighting market, since the 5630 specification has been asked, the cost performance is higher than that of traditional high-power LEDs and is widely favored by luminaire manufacturers. Therefore, LED manufacturers began to find ways to introduce better products than the 5630. Since the Japanese packaging giant Nichia has introduced the 757 series of 3030 package products, the market has responded enthusiastically. Therefore, many manufacturers opened this specification in the second quarter of 2013, and the 2835 with high current characteristics is also packaged in China. Manufacturers are gradually developing, not only for the backlight market, but also for the lighting market, which is also favored by customers. According to the survey data, compared with 3030 (0.5~0.9W), 2835, 5630 and 1-3W LEDs, the 3030 package has the best price/performance ratio and the most competitive price. In the third quarter of 2013, it has reached USD0.12~ 0.16. It is expected that the future 3030 and 2835 packages will replace the 5630 as the mainstream market.

With two Bluetooth speakers, you may play music from each of your mobile devices.

AUX interface provides an option to connect your desktop as well, like all other ordinary speakers. SB ports power strip provides convenient charging for mobile devices.