First, robot financing is gradually popularized, and the future may become a trend.

In recent years, the field of application of artificial intelligence technology has become more widespread. Industrial robots and living robots are gradually becoming known. In the financial world, the trend of robots as financial consultants has also quietly emerged, playing an important role in banks and financial platforms at home and abroad.

Robotics began in the United States, and then gradually spread to the mainstream market, and followed by the digital financial services company Betterment, Wealthfront and other Internet finance unicorn companies.

In March of this year, the US financial services company Charles Schwab launched a smart portfolio service, which was serviced by robot consultants throughout the journey;

In August of this year, BlackRock, the world's largest fund management company, acquired FutureAdvisor, a robotic investment startup with a valuation between US$150 million and US$200 million, reflecting the fiery development of robotics management; 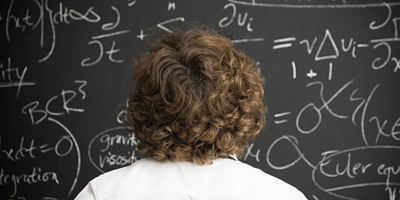 In China, Internet giants such as Tencent, Ali, and Baidu have laid out this field in an effort to seize market opportunities. For example, Alipay launched the â€œsmart customer serviceâ€ service for wealth management services such as Yu'ebao and Zhaocaibao. Future intelligent customer service will cover all customer service areas and become a financial advisor.

In addition, investment platforms such as Qianjing Private Finance, Blue Ocean Wealth, and Ju Ai Cai Plus have also launched similar services, and the transaction scale is considerable. For example, the sales volume of the building block platform has exceeded 10 billion.

In response to the rapid momentum of robotics in the field of Internet finance, the industry has also made quite optimistic predictions.

According to a report released by Citigroup, in 2012, the robot consultants had almost zero assets. By 2014, their assets had rapidly increased to $14 billion, and they still showed a rapid upward trend. Citigroup predicts that assets managed by robotics consultants will show an exponential growth over the next decade, with assets totaling $5 trillion.

WHAT IS AN Air Purifier?

It is scientifically proven that the air in our homes contains allergens(pollen ,mites ,moulds ,etc ).

We have the solution for it!